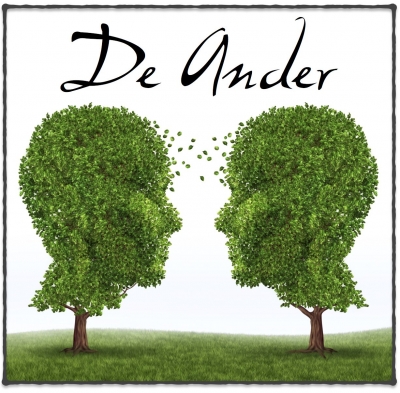 Spring was flourishing, and in one small sitting room, situated on the third floor of a block of flats, sunshine poured in through the windows, lighting up the room. For a long time, among murmurs of hundreds of neighbours, one main topic took the lead. It was a new and up to this time unknown disease – a virus which arrived from a far-away country.

Though it was mainly adults who were talking about the virus, Aline’s head was already full of anxious thoughts. Within a couple of days, her daily routine had changed completely. The adults had decided that due to the virus, it would be better to stay at home so people don’t infect each other. Because of this, Aline had not been able to go to school. Also her parents had to stay at home. At the beginning it had seemed quite nice, but after some time, hours seemed to feel longer and longer. Parents were getting very busy with their work and Aline missed her best friend, Kate. There was an unpleasant tension in the air.

‘Honey,’ Aline’s mum said, ‘please go to your room and play.’ The look Aline gave her was dissatisfied. Mum’s voice was mild but her face was clearly troubled.

The girl looked at her dad, who was nervously typing on his computer. Her forehead wrinkled, she made a sad face and reluctantly began to pick up her toys. There were building blocks, puzzles and figurines from her favourite fairy tales strewn all over the carpet.

She put them on the shelf in her room and got into her bed, which was the only place free from all the items lying around. Chaos was not only in the room, but also in the girl’s head. Many thoughts were running through it, boosting the impatience and irritation.

Aline closed her eyes. When she opened them again and looked on the shelf, just next to the doll in the blue dress with a long blonde plait, was an awkward clumsy figure. It had sticky-out ears and a frightened look on its face.

‘Good… good morning’ said the figure in a shaky voice.

‘Good morning?’ Aline answered surprised by the unexpected guest’s visit. She jumped up and sat on the edge of her bed. ‘Who are you?’

‘Well, we have known each other for some time already’ said the mysterious figure, looking shyly round the room. ‘I have been close to you for a very long time. I was there with you when you went to kindergarten for the first time and then to school… For the last few days I have hardly left your side.’

‘So, you are…’ the girl began, hesitating.

‘Your fear.’ finished the figure which came out to be Fear itself.

It jumped down nimbly from the shelf and gracefully manoeuvred past the clutter of toys to come closer to Aline and offer her its hand.

‘I don’t know if I want to shake your hand.’ said the girl, hesitating.

‘Don’t worry,’ Fear said, smiling gently, ‘You can’t catch the virus from me.’

‘That’s not it’ she answered and added shyly: ‘It’s that I’m not sure if you’re welcome here.’

Fear felt awkward and stepped back.

‘I just…’ it started to say and its eyes wetted with tears. ‘I’m here to protect you. It’s me who warns you against any dangers and takes care of your safety. These days I remind you to keep cleaning your hands. I’m on your side.’

It got quiet. The girl was looking into big, glimmering eyes of Fear and the tear which was running down its chubby cheek. Eventually, she came closer to it and held out her hand.

‘We can shake hands,’ she said, ‘but sometimes you are unbearable!’

‘Yes, I know.’ admitted Fear. It shook Aline’s hand, sighing loudly and leaned against the wall explaining: ‘I tend to overreact. Sometimes I am too naive and it’s easy to scare me. So, please check if what you hear, for example about that virus, is the truth, or just a pack of lies. You can ask your parents about it. Generally, talking to adults you know and trust can help us both very much.’

Aline thought of all the things that had been running through her mind and felt that talking to her parents is indeed the good idea.’

‘… but probably some of my concerns will come true.’ said the girl feeling a pit in the stomach.

Unfortunately,’ answered Fear. ‘But when that happens we can support each other, too!’, added smiling wider than usually. A twinkle in its eyes appeared; Aline hasn’t noticed it before. ‘Sometimes I feel better when I see your influence on things,’ it continued, ‘like when you take care of yourself, following hygiene rules or when you call the grandmother to check she is well. I think that calling Kate would be good for both of us, too. You haven’t been in touch for a long time and it’s such a pity because the two of you love to talk.

‘It’s true.’ admitted Aline, straightening up. She felt stronger and happier when thinking about talking to grandmother and Kate. After a while though she felt unwell and slouched. ‘But I cannot influence everything that happens and sometimes I’m just scared of what might take place…’

‘It is all right,’ it said. ‘You can feel this way sometimes. In such moments it’s good to share your feelings with someone close to you, hug them, have a cup of tea… And although sometimes there is no solution, it is good just to be together.’

‘Let’s take care of each other.’ Aline said, still holding Fear in her arms.

After a while she felt warm, bright sunrays of the spring on her eyelids. Aline opened her eyes and realized she was still lying in bed.

‘So, it was just a dream,’ she thought and felt a pit in the stomach again.

But this time she was no longer afraid of her fear. She knew it personally and felt it had good intentions. The girl felt confident she could now take care of herself.

Suddenly the door to her room opened. The parents came to see how she is doing. Aline made a familiar nimble jump from the bed and fell straight into their arms.